November marks the beginning of soup season in our house. When the weather turns and the days get shorter there are few meals more comforting than a hearty bowl of soup. And I can’t think of a better way to eat a pile of vegetables in one sitting. 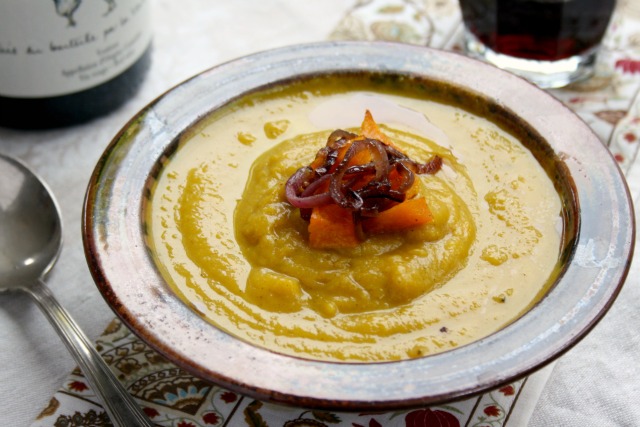 Remembrance Day is a special soup day with my family. For years now we have gathered at my mom’s house after the Remembrance Day ceremony on the Rothesay Common. Always a solemn and reflective ceremony, and beautiful in its simplicity, it feels fitting to honour the day by sharing a warm and very simple meal with family. 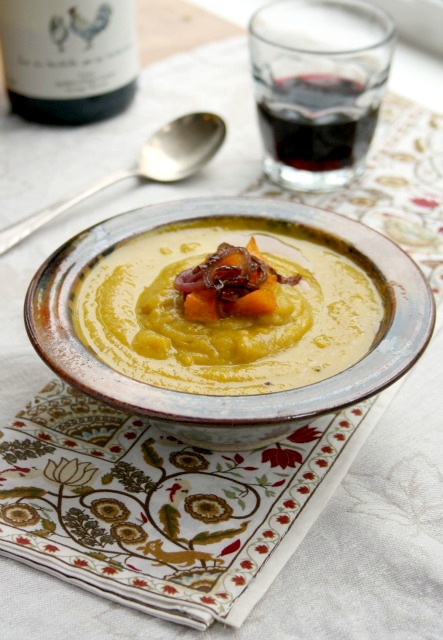 This recipe that mom clipped out of Food & Wine magazine back in 2000 has often been served at our annual soup gathering, along with hot biscuits and cornbread.
This is a very creamy, cream-less soup, but coconut cream or coconut milk would be a tasty addition if you want your soup to be a little richer.


Green Tip:
Buy locally-grown winter squash (buttercup, acorn, butternut) when it's plentiful in the fall. If you have a cool spot to store it, the squash should last 2-3 months.  You can also peel and chop the squash and freeze it for use in soups and risotto. Or you can cut the squash in half, core and bake at 400 F until soft. Scoop out the flesh and freeze.


*Cut a quarter of the squash into ¼” dice, toss with 1 tsp. of olive oil and a sprinkle of salt and roast at 400 F until tender.