﻿
For my mom and dad’s 40th wedding anniversary we managed to pull off a big surprise party, in their house, no less.
Conveniently, we had the re-enactment of the Paris Crew race in Renforth as a helpful decoy, a way to get mom and dad out of the house and reason enough for family from away to come home for the weekend. 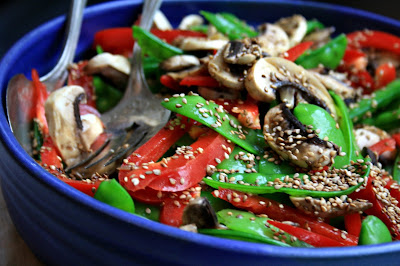 We had the party partially catered and then we all pitched in with extra appetizers and salads. That was probably the last time I made this salad. For years it made the family party rounds and then was somehow forgotten, only to be rediscovered a couple of months ago in and old hand-written cookbook of mine from the early 1990’s.


I can’t recall the book it came out of but mom and I can both picture the salad, lovely and bright in a pretty blue pottery bowl on their dining room table.


As for the party, when mom and dad arrived home from the race to a yard full of cars they still didn’t suspect a thing. They assumed I had invited a bunch of friends over, until they caught a glimpse of an old family friend through the living room window.


Many who were at that party are no longer with us, a good reminder to celebrate now with family and friends, whether it’s your anniversary or not. 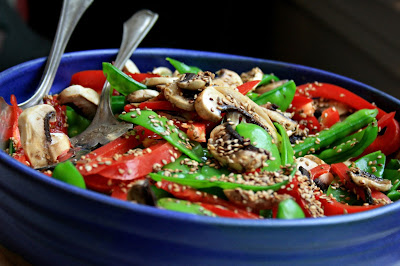 Leafy salads are great but sometimes it’s nice to have a salad with a bit more crunch and colour, which is just what this salad offers.