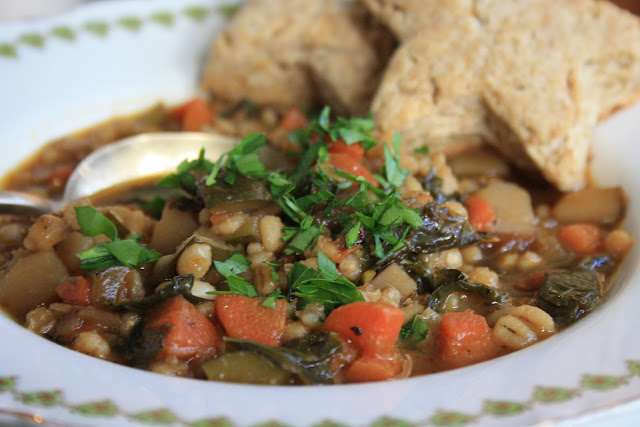 Vegetarian kale and barley stew is hearty and warming.

The weather has turned cold so I’m back to craving hearty, warming stews. I suppose this could be a soup if you want to add more broth but on damp, chilly spring days I make it stick-to-your ribs style, thick and full of chewy sweet barley.

Green tip: Use hulled barley if you can find it. Although it takes longer to cook than pot or pearl barley it's worth it for the added flavour alone.

Also, hulled barley is much more nutritious than the more processed pot and pearly barley.

If you have fresh herbs on hand