The Hidden Way Fast Food Just Got Worse For Us 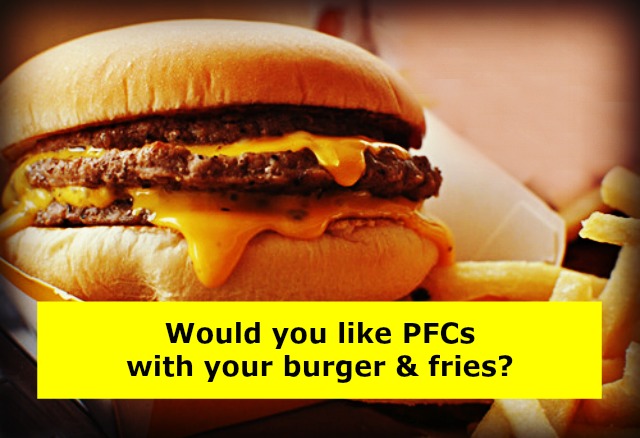 Toxins in fast food wrappers leach into your food.

Do you remember hearing all about the dangers of Teflon? Coated with PFOA (a known carcinogen) the non-stick pots that many were using to try to cook more healthfully suddenly became a toxic concern when research about the dangers of the PFOA coating became mainstream news.

Fast forward 10 years and the concern that we all thought was regulated out of existence (many manufacturers voluntarily agreed to remove PFOA from their non-stick formula) has reached the popular media again.

(I should add that there was always concern that the replacements for PFOA - referred to as PFCS or PFAS for short - could be equally toxic, it’s just that he research hadn’t caught up with the compounds.)

But back to the fast food concern…

It’s the fast food wrappers that we now have to worry about. They’re treated with a PFC coating to keep grease and moisture from seeping through and when hot food in placed against the wrappers, some of the chemical compound seeps into the food. Grease and oil makes it especially easy for the chemicals to leach into the food.

In a U.S. study conducted in 2014 and 2015, 40% of food wrappers and packages collected from major fast food restaurants contained some of the chemicals that make up PFCs.

The manufacturers of these compounds say that they’re safe for food contact because the body can eliminate them quickly. But there is independent research that connects PFCs with high cholesterol, obesity, kidney and testicular cancer, abnormal thyroid hormone levels and pregnancy-induced hypertension. Even small doses are harmful.

Children are especially vulnerable because their growing bodies can’t deal as well with toxins, and they’re smaller so the “dose” they may receive from their fast food meal is proportionately larger than it is for an adult.

Non-coated wrappers and packaging are available but how do you know if a package is treated?

Good luck. It isn’t obvious since even compostable packaging could be coated and packaging produced in China can contain chemicals that have been phased out in North America.

So how do you reduce your exposure to these chemicals?

If you’re looking for a reason to kick your fast food habit, this might be it. Just picture that burger and fries with a slick coating of PFCS.

To learn more about the research visit www.ewg.org