A Canadian Food Resolution: I resolve to eat more oysters

This year I resolve to eat more oysters, world class delicacies from my own (figurative) back yard.

I grew up eating Malpeque oysters from PEI. In fact, some of my earliest memories of Christmastime are of the crate of Malpeque oysters appearing on the counter and my dad shucking them with such delight.

I remember trying to eat one on the half shell when I was six but rejecting the boozie looking blob. (Slippery textures continue to challenge me.) I remember my twin brother letting the oyster slip off the shell and down his throat. Or so it seemed, until it reappeared, hoisted back up his throat like a catch on a hand line. 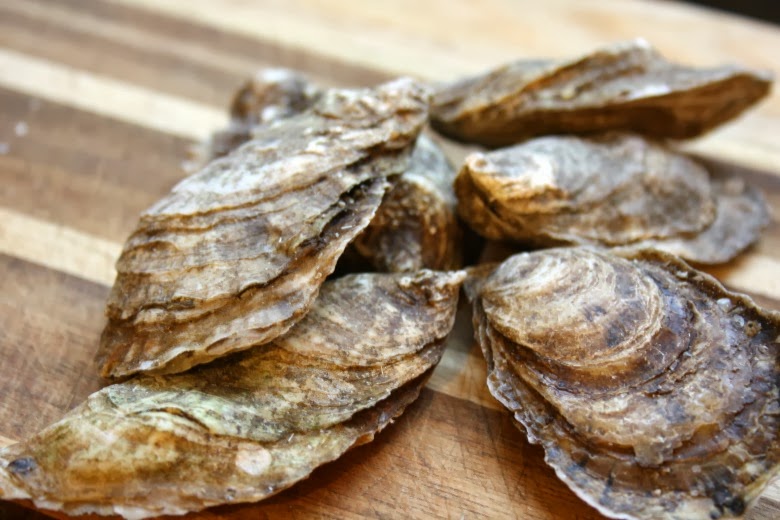 My next memories are of eating my mom’s oyster casserole, an oyster Chesapeake for a crowd with more than 100 oysters, tirelessly shucked by my dad. It’s garlicky, and crispy on top and filled with barely cooked oysters. It’s my favourite part of the Christmas night meal and a Christmas tradition that I have missed only twice in my life.

Up until five years ago I had no idea that deliciously distinct oysters were harvested in New Brunswick, although the industry has been around here for centuries.

This is what the Oyster Guide says of New Brunswick oysters:


New Brunswick oysters are harvested along the Eastern shore, which is just across the Northumberland Straight from PEI, home to the famed Malpeque oysters.


It was in Toronto of all places that I discovered Beausoleil Oysters. The host of a dinner I was invited to knew I was from New Brunswick so sourced local (for me) oysters. It was my first try with oysters on the half shell since the age six episode. Although I still have the texture challenge with raw oysters, I was thrilled to discover an industry right under my nose.


My resolution: eat more oysters. As a starter they’re not an extravagance. Barely cooked under a light robe of panko and herbs they are a treat alongside sparkling wine and lively conversation. Or enjoy them briny-and-cold, raw on the half shell.


At our local grocery store Beausoleil oysters sell for $1.29 each and are much cheaper if you buy a box (or a crate). 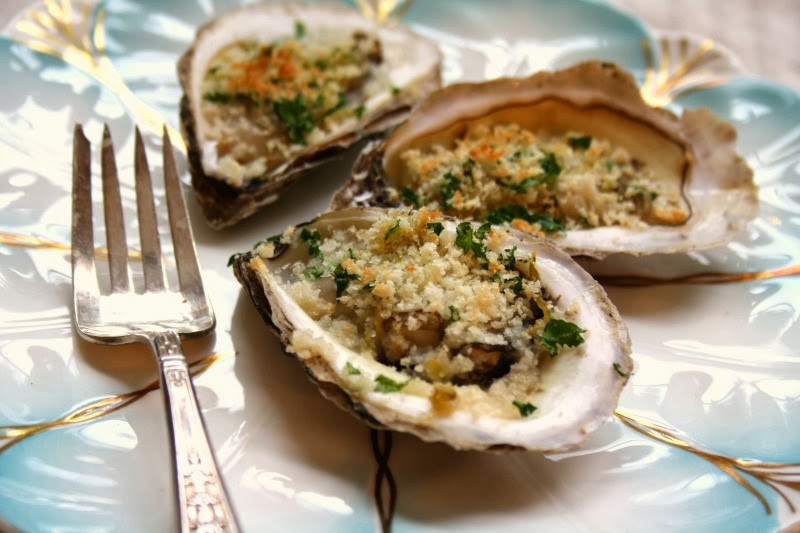 Flash broiled oysters on the half shell


I open my oysters in the oven, a trick I learned from my friend Laura. The bonus with this recipe is that a bit of the liquor evaporates so the panko mixture doesn’t go soggy. It’s also great for people like me who, as much as they might try, cannot manage a totally raw oyster. This is a variation of a recipe that Laura made for us last month and that I have made twice since.

The Canadian Food Experience Project began June 7 2013. The idea is to share our collective stories through our regional food experiences, to bring global clarity to our Canadian culinary identity.

Green tip: Oysters are fantastic for the environment. They clean algae from the water so aquatic plants and animals get the oxygen they need to thrive. Here's more info that explains it.
Email Post
Labels: Appetizers Canadian Food Experience Project fish and seafood oysters